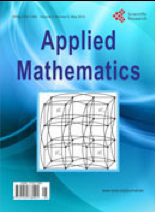 Abstract
The differential equation by Terzaghi and Fröhlich, better known as Terzaghi’s one-dimensional consolidation equation, simulates the visco-elastic behaviour of soils depending on the loads applied as it happens, for example, when foundations are laid and start carrying the weight of the structure. Its application is traditionally based on Taylor’s solution that approximates experimental results by introducing non-dimensional variables that, however, contradict the actual behaviour of soils. The proposal of this research is an exact solution consisting in a non-linear equation that can be considered correct as it meets both mathematical and experimental requirements. The solution proposed is extended to include differential equations relating to two/three dimensional consolidation by adopting a transversally isotropic model more consistent with the inner structure of soils.
Keywords: Terzaghi; one-dimensional consolidation; pore overpressure; two/three-dimensional consolidation